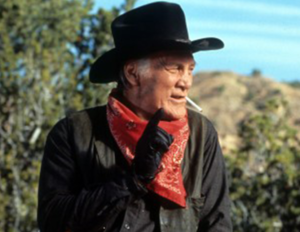 There’s a movie that we really liked. It might be considered “old” now, since it was released in 1991. But it’s still funny.
It’s called City Slickers. In it Billy Crystal plays Mitch – one of three “City Slickers” who go to a dude ranch to de-stress.
The main cowboy at the ranch is Curly (played by Jack Palance), a rough, gruff trail boss who might as well have lived in the 18th century.
Amidst the humor there’s one particular serious part that I really like. It’s a scene where Mitch is opening up to Curly about his troubles (after being tremendously afraid of him up to this point). Curly’s response, and the rest of the brief conversation that followed, goes like this:
Curly: Do you know what the secret of life is? This [he says while holding up his right index finger].
Mitch: Your finger?
Curly: One thing. Just one thing. You stick to that and the rest don’t mean [anything].
Mitch: But, what is the “one thing?”
Curly: That’s what YOU have to find out.
Now, I could look at this a ton of different ways, but that’s not what this is about. There’s a lot of things I know (and a few more that I THINK I know). But if I had to boil it down to One Thing, it would be this.
God Loves YOU!
Not JUST that He loves the World. He Loves YOU!
No matter how much you think you’ve failed. No matter how many times you’ve rejected Him.
No matter how many times you’ve come back to Him, and then failed Him again. The ONE Thing that I know is this. He’ll be standing there, with His arms open wide, ready to welcome you back “home.”
Just like the Father of the Prodigal Son, He is looking for you to return to Him. Not to become His slave. But to be re-established in your rightful role as His child. A joint heir with Jesus.
And because He’s ready for you to return each time you think you’ve messed up too bad for Him to accept you back. We are, too.