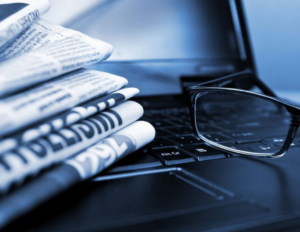 So, I read a post regarding last Saturday’s travesty in Charlottesville that said “After 6 months of organization and promotion, the ‘largest white supremacist gathering in decades’ drew only several hundred sick puppies from around the country.”
So let me get this straight. Months of planning. MAYBE a few hundred radicals expressing an extremist opinion that is not held by at least 99% of the rest of the population, and the news cycle for the next week is about them?
There are at least 323 MILLION people in the U.S. One report I read said there were about 250 white supremacist marchers. So we’re going to take a crowd that is quite literally one in a million (at best) and extrapolate their vile hate speech (and actions) to all (or even a vocal minority) of folks of lighter skin pigmentation?
Approximately 50+ Million people went to church last weekend. 60+ million volunteer in their community or beyond. 80+% of American adults give to charity. 145 million Americans when to work this week. Why are we acting like these pitiful, crazy few are examples of any of the rest of us?
Let me let you in on a little secret … that really shouldn’t be that much of a secret. The “News” – especially the bad news (and an awful lot of what earns the moniker “Fake News” these days) – is news, by its very definition because … are you ready for this? … it’s NOT the norm.
Throughout the history of reporting news in this country the most significant percentage of what is disseminated to us is considered news because it’s atypical. The criminal, the bad weather, the shockingly off-the-wall, and the extremists of every ilk, are the outliers. They are quite literally NOT normal.
Yes, in cases such as Charlottesville their actions are most certainly heinous. Hate in ANY color, race, etc. is unacceptable. ESPECIALLY for people who call themselves followers of the Christ of the Bible. “Whoever claims to love God yet hates [anyone else] is a liar.” (1 John 4:20)
My point? Address the fringe craziness, yes. Educate – with truth, not grandstanding, embellishment, slanted reporting, and sensationalism – to make it a teaching moment, absolutely. But let’s quit making these random few … out of hundreds of million … out to be typical of ANY of the rest of us.
When we realize that, maybe then it doesn’t have to become increasing animosity from both “sides” … and maybe we finally can really all get along.