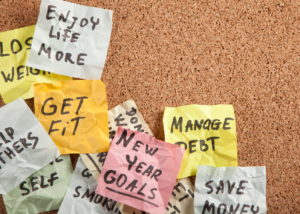 There’s this guy I know. Nice guy. Real positive. Always encouraging. Into things like healthy eating, physical fitness, and fiscal responsibility. Hard to find something NOT to like about him.

There’s just one problem. He’s got kind of a bad reputation. If you’ve ever had a bad reputation (and who hasn’t?) then you know that they’re not always accurate, or fair. But once attached – fair, or not – they’re ALMOST impossible to lose.

Funny thing is that his bad reputation, maybe like one you’ve dealt with, is more about the perception of others than it is about actual fact. For instance, if someone sees you eating at your favorite buffet restaurant after recovering from a week long sickness, they might think you’re a heavy eater. But really you’re just ravenous and need to get your strength back.

Or maybe they like to eat that way, and it makes them feel better to think you’re a pig, so they attach that reputation to you. “See, he eats that way. I’m not the only one.”

This guy’s reputation problem is like that. No matter how well-intentioned and inspirational his words and actions, people dismiss him as too good to be true.

“Sure, it sounds good,” they’ll say, “but who’s really like that? I mean, even if he’s like that now it probably won’t last. It can’t in real life. So why bother?” Many people just start to avoid him altogether. You might know him. His name is Resolutions. (Not the funniest name I know, but close.)

It seems most people who avoid him like the plague do so because his name reminds them of all the “resolutions” they’ve made, or friends of theirs have made, that didn’t stick. Whether it’s to eat better, exercise more, save money, go to church, or read more, resolutions like these have a reputation for being short lived, and tend to not have the overall, long-lasting effect that was hoped for.

Funny thing is that resolution means “a firm decision to do or not do something.” So it’s not really the resolution’s fault when it doesn’t turn out like we had hoped.

O.K. So maybe you saw through this transparent ruse early on, but here’s the rub. Whether you avoided making any New Year’s resolutions this year due to “his” reputation, or whether you made some that haven’t exactly turned out as intended, why give up on them altogether? If it was something beneficial to you (and maybe to others, too), why not pick it back up and continue on with it? Start again. Adjust, if necessary, based on lessons learned so far.

Forgive yourself for not meeting your own expectations. Don’t let guilt or shame over not being superhuman keep you from being the best human you can be.

If it’s something that will make you a better you, there’s still time for that. Isn’t it worth it? Aren’t you worth it?