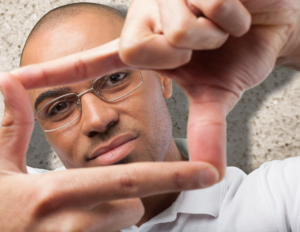 How Perceptive Are You?

A pastor I served once told me “Reality is 90% perception.”

You see there are two very real realities. There’s what is actually going on, what actually happened. And there is what anyone believes to be going on, or has happened, based on their perception.

It’s why the Bible, and many courts of law, say that a serious matter should only be decided on the testimony of two or more witnesses. Serious matters shouldn’t be decided on just one person’s testimony because that person’s perspective is going to be molded by their past.

And just as none of us would want something negative to happen to us based on one person who happens to be having a bad day, or who has an axe to grind based on something in their past, we ought to all for grace in how we treat others based solely on what we feel to be true.

Many Scriptures come to mind to support that Christians especially should season their interactions with this grace. Here are a few:

In the Case for Christ (movie or book) Lee Strobel counters an argument that some use against the veracity of Scripture when they say that the multiple accounts of the same events vary. Mr. Strobel, who is a lawyer, journalist, and a pastor (who entered adulthood as an atheist) explains as it was explained to him that when the police are investigating a matter they expect variation in eye witness accounts. What makes a case (or not) is whether or not the important, underlying facts are consistent.

This method of solving crimes, and everyday challenges, is necessary because of perspective. It’s why it’s good to bounce ideas off of others before making big decisions, because they might see it from a perspective that we haven’t seen, and will help us make a better, or more accurate, decision.

Your perspective is just that – yours. It’s how you see the world, and that’s not a bad thing. It’s part of how God made you, and where He’s brought you from.

But just remember that it is also just exactly that – YOUR perspective. Like the Bible and courts of law, don’t make major decisions, or take harsh, unyielding positions based on what it seems to you is behind what has happened, or what you think has happened. Check it out. Get the facts. Communicate with those involved. Speak the truth, but in love (Ephesians 4:15).

Like the Golden Rule (Matthew 7:12) says, you wouldn’t want others to treat you negatively based on what they THINK you thought or meant, or what they believe your motives to be. Treat them the same way. Make that your perspective.